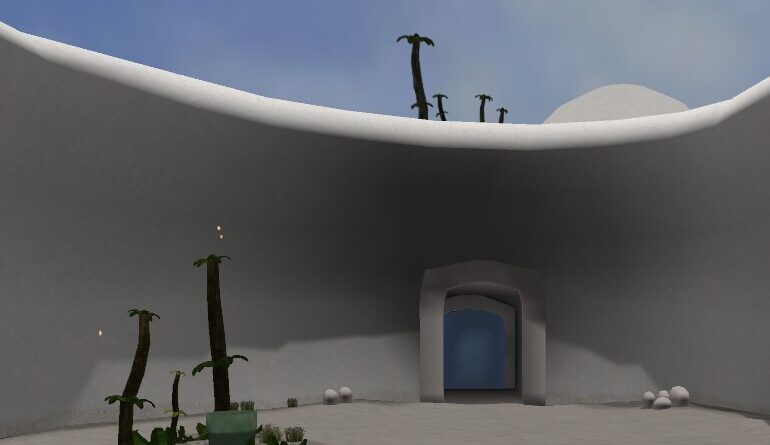 On December 15, 2021 MOULa got a big update, with lots of interesting additions; a full list is available at the bottom of this post. Let’s go over some highlights and answer some questions that may have arised:

The most anticipated addition is probably the Age of Tiam, designed by Ametist. As announced by a post on Cyan’s own Twitter channel, an opening ceremony will be held at the Chiso Preniv library on Monday December 20, 2021 at 13:00 KIT: there will be a short presentation and the new linking book will be made available.

Tiam is an Age that was created for a family to relax and enjoy the fresh air and sunshine; there, you will be able to unlock and discover how this family spent their time there. To get there, the direction is going to the Nexus, then the Watcher’ Pub, then to Chiso Preniv using the book in an alcove.

It will be a good idea to have the client fully updated before the ceremony; to do so, one way is to open the game’s folder and delete TOS.txt; this will enforce a re-check of all the game files.

Next, if you visit your wardrobe you will find some new items have been added, including some that have been available in the offline game for years. Some of the additions are rewards for completing the Journeys, while others require visiting logically related places 😉

A special note about the second backpack: it was enabled by accident, as it has a visual bug that was still being worked on; if you have it and lost the old one, you can re-acquire it where you first got it.

The snowfall is back, and an indigenous ‘person’ has appeared for the holiday season 🙂 Both are original to Andy Legate’s design: the snowfall (a type of particle system) could not be handled by the Guild of Writers’ Age building tool Korman until recently, and the ‘indigenous’ was hidden in the Age files.

A bit of code makes the latter appear automatically in the PotS version, but on MOULa the code interferes with multiplay and can have the opposite effect of hiding it, so the code was disabled.

A journal that actually gives some background about the Age has replaced the previous one, hidden somewhere close to the gazebo.

The Kirel podium has been given a new recording. More may come in the future! A story book (not a Linking Book) has been added to Chiso Preniv, while the Heritage Document and Activity in the Cavern have been moved to another shelf, close together. Various improvements to textures were made in Baron City Office, Teledahn, K’veer, Chiso Preniv and more.

A note on bugs

When an update, especially one as large as this one, hits MOULa it is almost inevitable that unexpected bugs will show up; for all the testing that can be done, Minkata never sees as many concurrent players as the official server, and not all issues can be catched. No addition from Cyan is to be expected for the foreseeable future, apart from server updates, so all improvements and additions will come from fan developers, who dedicate their limited free time to at least try to let MOULa be the best it could potentially be.

So the best way to deal with bugs is to have patience and report them, mentioning where you were and what you were doing, be it on Cyan’s Discord, OpenUru’s Discord or OpenUru forums. If you fancy contributing your work and/or helping with bug fixing, those places are also excellent starting points to be part of the Restoration Team 🙂