The third day of Mysterium has come, and alas it is the last. If you could not be present, remember that you can follow the convention live on Twitch and Discord.

The day started at around 10:00 pm, with the Mystcraft panel (hosted by Dan ‘Floydman’): a Minecraft mod written and maintained by XCompWiz based on the Myst universe, letting the player crafting descriptive and linking books with actual symbols. Add-ons are available (the ‘Yeesha magic’) that allow special effects like rain. Mystcraft requires Minecraft 1.12.2, not the latest version; the plan is to ultimately update the mod to the latest version. XCompWiz also made a mod named LookingGlass, that allows to create live views of the ages, but is not currently updated to the version required by Mystcraft. 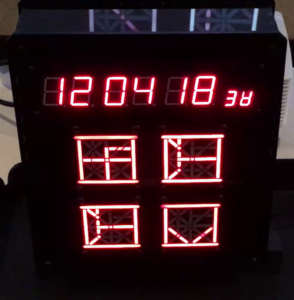 At around 11:00 pm, at the What Could ̶A̶t̶r̶u̶s̶ You Build? panel, Mike ‘RIUM+’ Ando showcased the latest of his many Myst universe projects: a (relatively) easy to build, self-adjusting D’ni chronometer, which he used as an example of how, with enough perseverance and will to learn, anyone can complete similar project, now more than ever thanks to online resources that can streamline anything from programming to designing and ordering circuit boards.

RIUM+ also revealed the precise definition of the D’ni span (twice the length of a pendulum with a period of 5 prorahntee is 5 spans, equal to 4.82 m or 15.8 ft), and noted some incredible coincidences in D’ni and surface units.

After the lunch break, at 1:45 pm, the Myst Documentary panel (hosted by Phillip Shane) showed some clips of the upcoming documentary that, while chronicling the making of Firmament, will also tell the story of the creation of the Myst series, and the unique community that has grown around it.

At 3:15 pm it was time for the Closing Ceremonies: the Committee wrapped up the weekend, asking feedback from the crowd, and concluded the convention in style by giving great prizes to the winners of the puzzle games.

And so the 20th Mysterium Convention was over. Some attendees had to leave right then, some stayed for the night, chilling out with new and old friends, chatting about games, puzzles, and ideas.

Unlike previous editions, this time no city was announced for the next edition; it will be announced by September.

Once again, kudos to the Mysterium Committee, that did an astounding job at organising and managing the event, from moving more than 200 people to the Cyan HQ and back, to getting four of the best composers in the gaming industry in the same room.