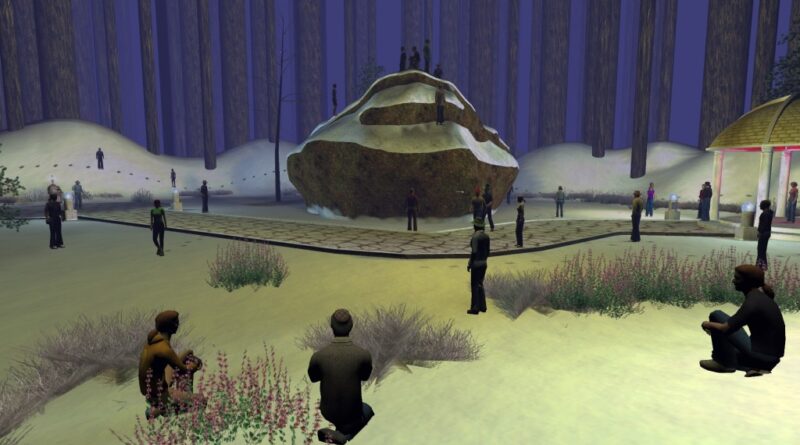 On Wednesday, May 5, 2021 (9677 Leefo 12), in a ceremony held in Chiso Preniv that gathered around 50 explorers, Patrick Dulebohn gave a speech (a transcript of which you can read below), then unveiled the linking book to Serene, by the late Gary Andrew “Andy” Legate.

Originally made available on November 5, 2008, Serene is a crepuscular garden age, covered in snow and surrounded by tall trees. It was part of the Devokan Trust, a complex, vast fan-run IC/OOC storyline parallel to that of the DRC, with ages across the Metaverse in and outside Uru.

CalumTraveler dedicated a post to the event in his blog, along with a raw chatlog of Patrick’s speech and one in Serene, and filmed it.